The Navy has stood up a Joint Strike Fighter Wing in Lemoore, Calif., that will oversee training, manning and readiness of all the service’s F-35C squadrons.

Capt. Max McCoy, the commodore of the squadron, told USNI News in a recent interview that having a single point-person overseeing all Navy efforts related to operating and maintaining the new airplanes will prove to be a smart decision.

“The F-35C is unlike any other airplane we’ve had to date. It brings unique capability; how we sustain and maintain it is different; and it offers new ways of training our pilots to fly it,” he said.
“So breaking it out as its own type wing is absolutely critical so that we could give it the 100-percent focus that it needed to mature the program and to integrate it into the carrier air wing and the carrier strike group as fast as we can. So I think standing up a wing and building a staff whose sole purpose in the world is focusing on the uniqueness of this airplane and making sure we succeed as fast as we can was critical and absolutely the right decision.”

In many ways, the JSF Wing will operate like any other type wing in the Navy that oversees any of the other planes or helicopters in the carrier air wing. McCoy oversees all the F-35C squadrons and reports directly to the Commander of Naval Air Forces. However, whereas the other communities have an East Coast and a West Coast wing, the JSF Wing in Lemoore will be the sole wing, to ensure the growing F-35C community has a single voice and a single path forward as the Navy learns best practices for operating, maintaining, sustaining and manning the fleet.

A first priority for the new wing, which formally stood up on Oct. 1, is getting Strike Fighter Squadron (VFA) 147 ready for operational testing and an initial operational capability (IOC) declaration early in 2019. 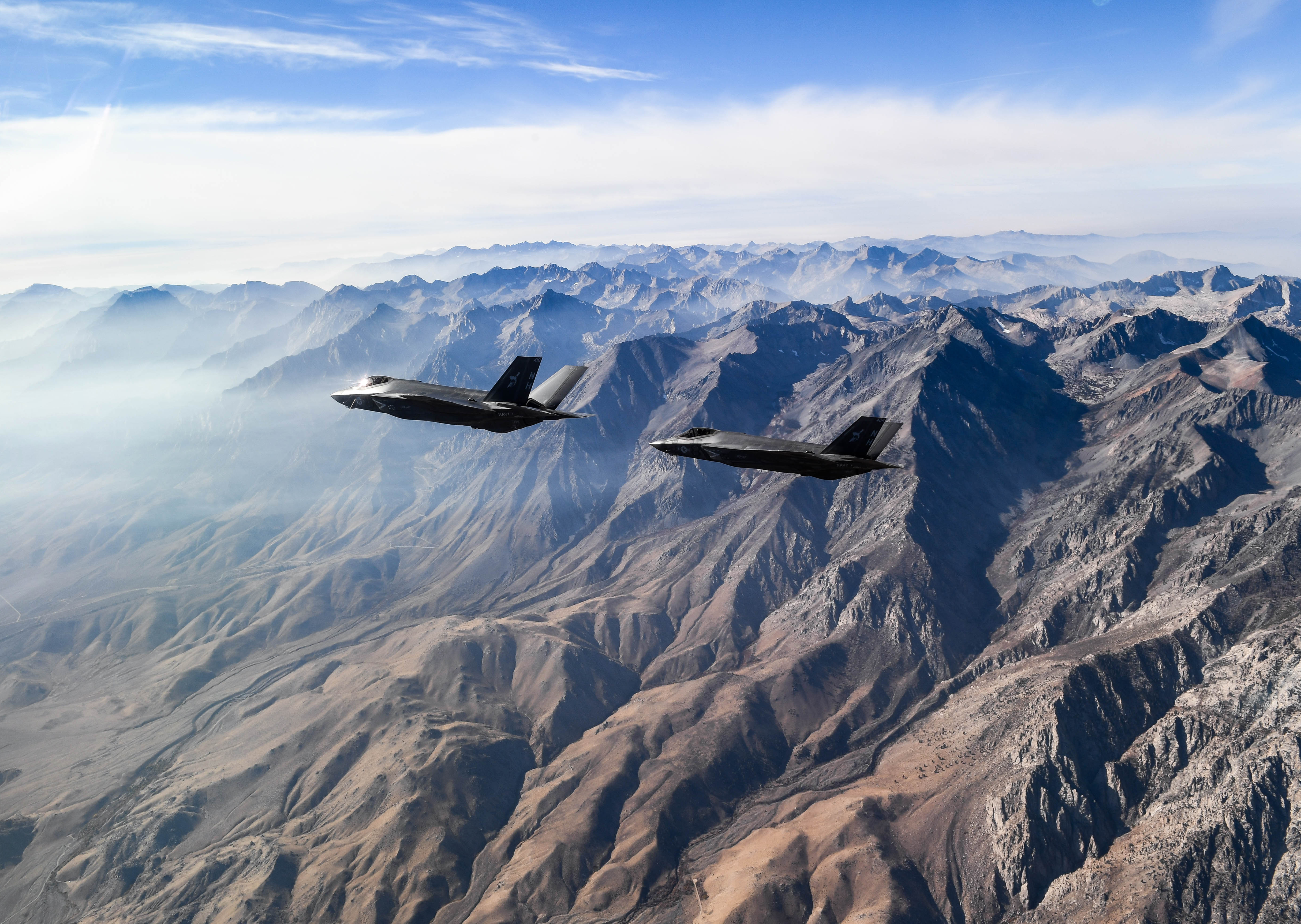 VFA-147 will pave the way for the fleet as the squadron to go through the IOC process and then the first to deploy. McCoy said the squadron is fully manned and operating like any other squadron in the Navy. Pilots have been conducting field carrier landings ashore, ahead of heading out to sea to conduct carrier qualifications on USS Carl Vinson (CVN-70). Once all the pilots are carrier-qualified in early December, the squadron will be declared safe for flight “and then they’ll be off to the races operating” ahead of their formal testing.

“147 has absolutely knocked it out of the park; they have had zero defects on all of their inspections, their maintenance programs as well as their weapons inspections,” McCoy said, noting that he doesn’t see any hurdles between now and the squadron’s safe for flight certification, which is the last IOC-related event the JSF wing can control. Once certified, the squadron will work with the Navy’s operational test and evaluation community to prove they are capable of sustaining themselves at sea. McCoy stressed the IOC decision will be events-based, not time-based, but officials previously told USNI News they’re hoping for a February IOC declaration, and McCoy said “I don’t foresee any hurdles or anything that we can’t overcome or would prevent us from declaring IOC on the current schedule.”

Once IOC is declared, VFA-147 will have to ensure all its pilots have redone all their certifications – an F/A-18E-F Super Hornet pilot transferring to the F-35C cannot transfer over any certifications and must requalify before the first deployment, due to the aircraft being so different, McCoy said. The squadron will be focused on completing those qualifications quickly so they can move on to workups and eventually a first deployment as part of a carrier air wing in 2021. 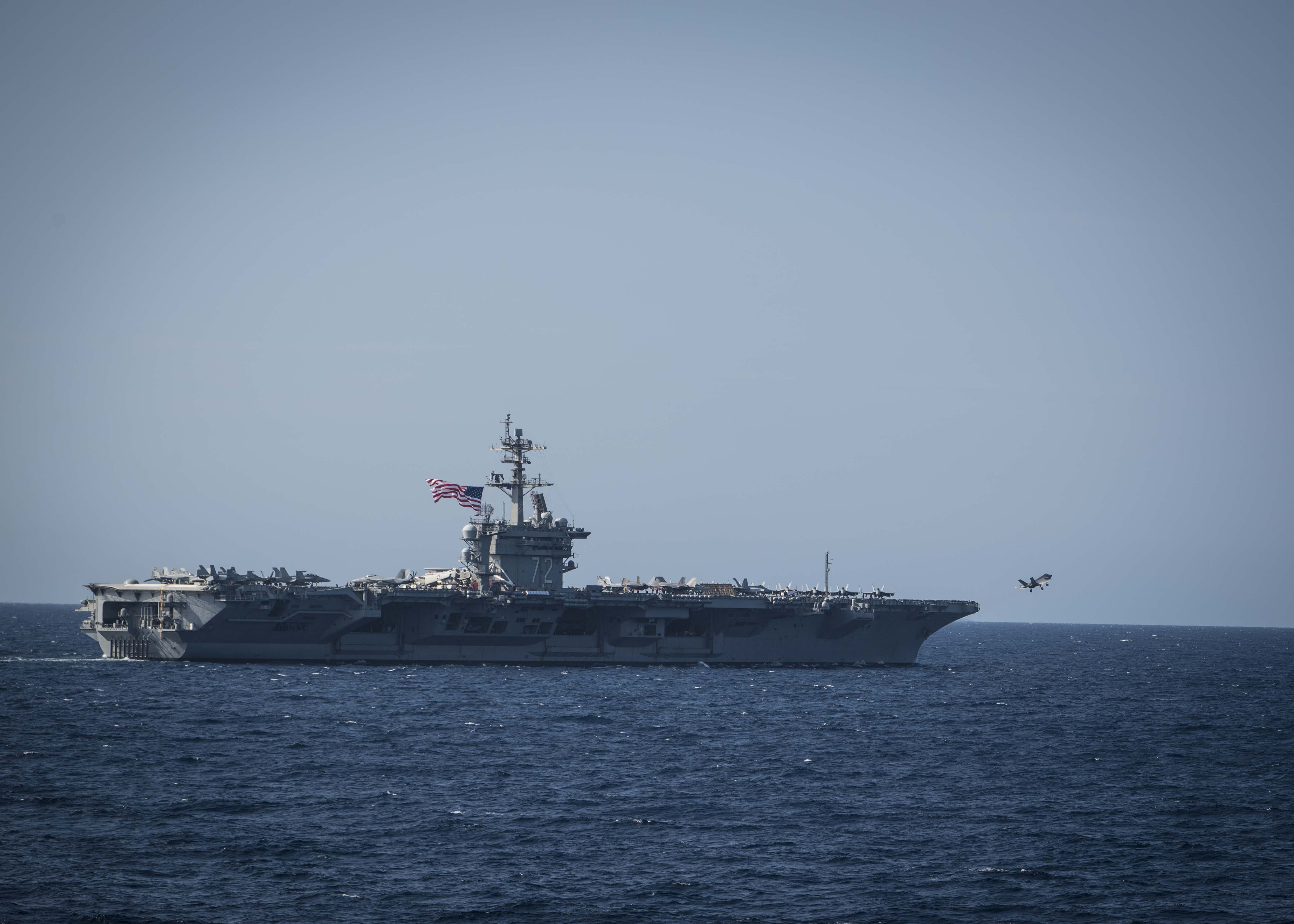 An F-35C Lightning II launches from the flight deck of the Nimitz-class aircraft carrier USS Abraham Lincoln (CVN 72) on Aug. 30, 2018, in preparation for a photo exercise in support of dual-carrier sustainment and qualification operations with the Harry S. Truman Carrier Strike Group. US Navy photo.

McCoy and the JSF Wing are not solely focused on that squadron, though. They are overseeing the work of two Fleet Replacement Squadrons to train both brand new pilots and those transferring from other plane types. They are working with test pilots and Top Gun pilots to sort out tactics and best practices. They are working with the F-35 Joint Program Office and manufacturer Lockheed Martin to nail down maintenance and logistics issues. And they are coordinating with resource sponsors at the Pentagon and with F-35A and B leadership in the Air Force and Marine Corps to log lessons learned and best set the F-35C program up for success now and down the road.

For a job that requires so much multitasking, the Navy picked the right person. McCoy’s biography shows an intimate knowledge with the F-35 and the counterparts he’ll have to work with during this assignment. The former Blue Angels pilot has commanded a strike fighter squadron and a carrier air wing, worked as an F-35 requirements officer for the director of air warfare at the Pentagon (OPNAV N98) and served as vice commander of the Air Force’s 33rd Fighter Wing. McCoy told USNI News he looked forward to being able to take feedback from his operators, compare it with what his joint and international partners have seen, and then pump that knowledge into the requirements and budgeting process. 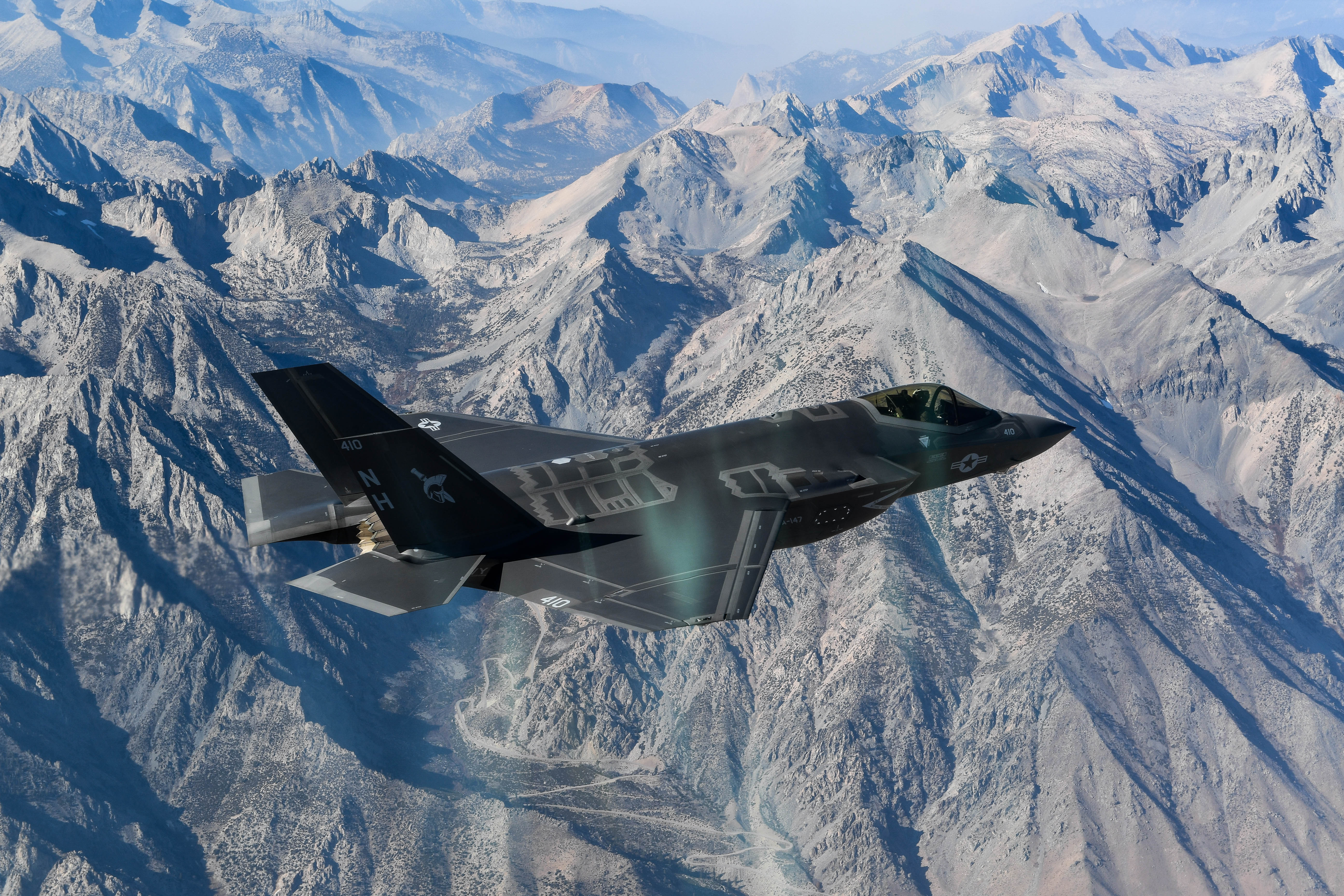 An F-35C Lightning II fighter jet, attached to the “Argonauts” of Strike Fighter Squadron (VFA) 147, flies in formation for a photo exercise in Lemoore, Calif., Nov. 16, 2018. US Navy photo.

For now, there’s still a lot to learn, but McCoy said the F-35C maintainer base was growing quickly and that pilot production should accelerate soon too. The F-35C community is about 400 or 500 strong, with more than 50 pilots to date.

“Right now we’re small in the sense that we’re a small community in the Navy, we’re building experience with our sailors and our pilots, we’re getting more aircraft,” McCoy said.

On the maintenance side, he said, the F-35 program is nascent enough that Lockheed Martin and the JPO are still shaping maintenance and logistics are handled for all the services and for international partners.

“Right now we all work through the Joint Program Office and through Lockheed Martin, so collectively we’re tied together. … We will specifically have to figure out how to fit into that as we go to the ship and we start doing more ship integration and more shipboard operations, and then looking long as we get ready to deploy in the near future. I think the advantage of where we are now in the Navy is that we’ve had the opportunity to see the Marine Corps fly the F-35B on deployment and take those lessons learned and then apply them to where we’re going. Obviously, we’re all tied together in doing exercises and continuing to refine how we sustain and support logistics for the aircraft, not just for the C model but for the A and B.”

Overall, the commodore said, “we will get better faster the sooner I get the airplane in the hands of sailors and junior officers who are either going to maintain or fly it. As any platform, it doesn’t matter what the capability is, but it’s those individuals that, the more they fly it, they discover better ways of doing things. And that ultimately leads to operational readiness improvements: for the sailor side of it, the guys working on it, that means they get up jets much faster, more mission-capability. And then with our pilots, as they fly it and they understand the mission systems better, they’re capable of refining the tactics we use. So I think what we’ll see is exponential growth in the next few years as we bring more of the junior folks into it and they learn how the system operates. And I will tell you right now, talking to the people who work for me, they really like working on the airplane and they like flying the airplane. So those are good signs, and I think there’s a lot of positive stuff in our future.”