“Today is to honor what you all have done,” Marine Corps veteran Steve Baird told crowd and graduates, seated in the recently renovated backyard at Casa de Flores (Camp Flores). “As an alumni through this program, I know what it took to get here today.”

Graduates emerge from the program with a newfound sobriety, reducing criminality and the occurrence of psychiatric episodes while simultaneously improving their quality of life.

“It feels wonderful to give back what was given to me,” Baird said. “It’s like exactly what I should be doing.”

Garret Bakke, who completed the program five years ago, said the treatment court represented “opportunity and a new life.” Describing himself as formerly unemployable and “spiritually bankrupt,” Bakke said surrendering to recovery was the best decision he’s ever made.

“Although I graduated five years ago, I haven’t graduated from recovery,” he told the group. “I still do those things that I did very early on in recovery. Those simple things keep me in recovery.”

Army veteran Bobby Ramos, another graduate of the program, said the tough transition back to civilian life led him down a path of drugs. Referred to the Veterans Treatment Court after renting property he didn’t own, Ramos said his addiction cost him his business, property and family, as well as his sense of self.

“Battling a drug addiction and losing everything you care for is like a nightmare you never get to wake up from,” he said. “It’s a gut-wrenching experience.”

Mark Gorin, one of the graduates, said the Treatment Court gave him the opportunity to turn his life around. “Before this I was stuck in limbo status,” he said. “I was procrastinating but finally did what I needed to do to turn my life around.”

The ceremony included a grand unveiling of the house’s new second-floor addition, an improvement that allows them to take in up to four additional veterans. At the end of the ceremony, representatives from CoastHills Credit Union presented Casa de Flores with a $1,000 donation. 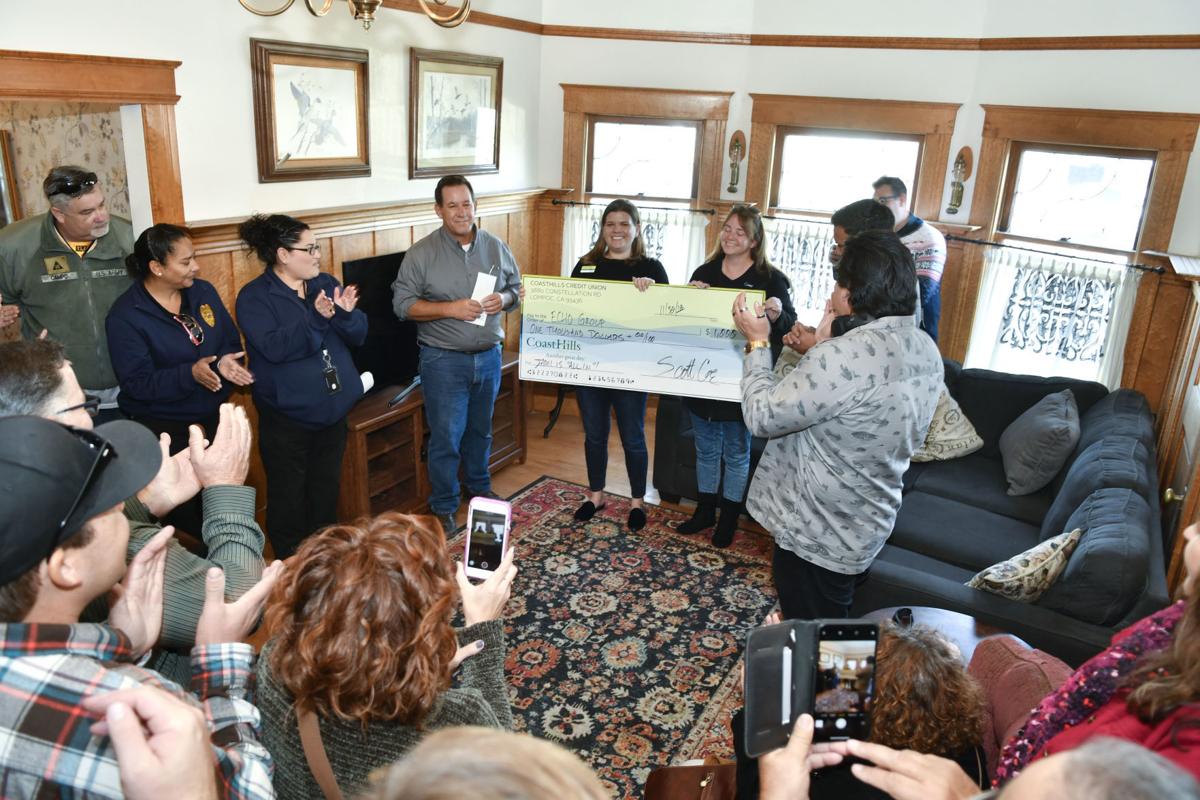