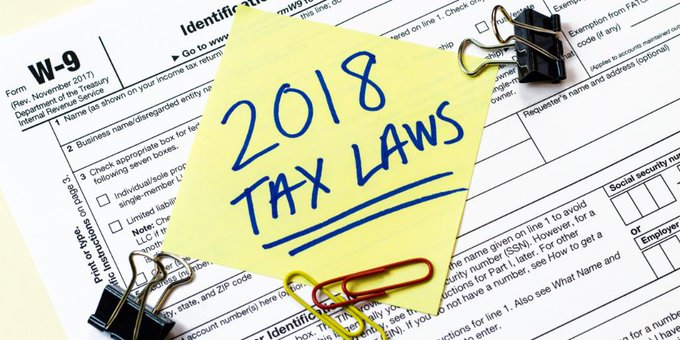 Most service members and their families will see a reduction in their tax bills this year, but there are a number of changes in U.S. federal tax laws that they need to be aware of, said Army Lt. Col. Dave Dulaney, executive director of the Pentagon’s Armed Forces Tax Council.

“The last tax year has been quite exciting with all the changes that were made,” Dulaney said. He noted that the Internal Revenue Service will start accepting tax returns Jan. 28 for tax year 2018.

A number of pieces of legislation affect military taxpayers, he said: The Tax Cuts and Jobs Act, the Veterans Benefits and Transition Act and the Combat-Injured Veterans Tax Fairness Act are just a few.

The Tax Cuts and Jobs Act will mean that most service members will see a reduction in federal taxes for 2018, he said. There is an overall reduction of three percent for most military families under this act, Dulaney said, in addition, the standard deduction doubled, as did the Child Tax Credit. “Because of these three things, most of our military families are going to see a substantial reduction in overall tax liability,” he said.

There are also some special provisions that apply to military personnel. Service members who served in the Sinai Peninsula since June 9, 2015, are now eligible for the combat zone tax exclusion, the colonel said.

Service members with questions should go to their local tax assistance centers, Dulaney said, noting that this change should affect about 2,000 service members.

Members of the armed forces are still able to deduct their unreimbursed moving expenses incurred during permanent change of station moves, he said.

For military spouses there is a significant change as part of the Veterans Benefits and Transition Act of 2018. “This allows military spouses to elect to use their service member’s state of legal residence for state and local taxes,” he said.

“Now, our military spouses can now elect to use the legal residence of the military member for purposes of filing their state and local taxes,” Dulaney said. “Now military couples will no longer have to file different state tax returns. Additionally’ it will reduce the overall tax burden for military families.”

The vets have until July to file for a refund.

There are a number of aids for military personnel and their families as they prepare their taxes. Each base has a Volunteer Income Tax Assistance Program office that will help. To find your local office, visit Military OneSource.