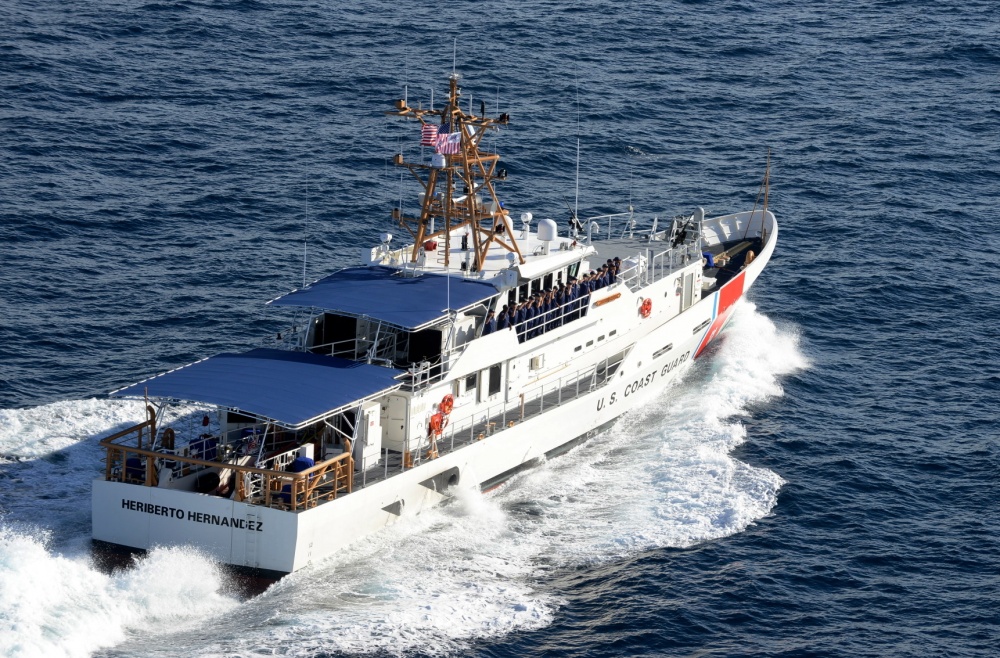 The Coast Guard plans to base four of its new Sentinel-Class Fast Response Cutters (FRC) in Southern California within the next year.

The Coast Guard Cutter Forrest Rednour is slated to arrive this summer with formal commissioning in the fall. Three additional FRCs are scheduled to arrive and be commissioned by summer of 2019. The ships will be based in San Pedro but will operate throughout the 11th Coast Guard District, which includes all of California and international waters off of Mexico and Central America.

“The public deserves our best effort to serve them, and the men and women of the Coast Guard who risk their lives to protect our nation deserve the best tools and training we can provide,” said Capt. Art Snyder, the chief of response operations for the 11th Coast Guard District. “These new cutters will strengthen our security, safety and law enforcement operations in addition to improving our ability to respond to maritime emergencies and safeguard our nation’s National Marine Sanctuaries.”

To date, the Coast Guard has accepted delivery of 29 FRCs. Each ship is designed for a crew of 24, has a range of 2,500 miles and is equipped for patrols up to five days. The FRCs are part of the Coast Guard’s overall fleet modernization initiative.

FRCs feature advanced command, control, communications, computers, intelligence, surveillance and reconnaissance equipment as well as over-the-horizon response boat deployment capability and improved habitability for the crew. The ships can reach speeds of 28 knots and are equipped to coordinate operations with partner agencies and long-range Coast Guard assets such as the Coast Guard’s National Security Cutters.

FRCs are named in honor of Coast Guard enlisted leaders, trailblazers and heroes. The four California-based FRCs are scheduled to be:

Forrest Rednour (WPC-1129) – Rednour aided in the rescue of 133 people during the sinking of the U.S.A.T. Dorchester, Feb. 3, 1943. He was awarded the Purple Heart and Navy and Marine Corps Medal for his actions. Rednour lost his life in the sinking of the Coast Guard Cutter Escanaba in June 1943.
Robert Ward (WPC-1130) – Ward operated beach-landing boats during the Normandy invasion. He landed his craft on the Cotentin Peninsula and rescued two stranded boat crews in the face of a heavily fortified enemy assault.

Terrell Horne III (WPC-1131) – Horne was murdered by suspected drug smugglers who intentionally rammed the boat he and fellow Coast Guardsmen were aboard during law enforcement operations near Santa Cruz Island off the Southern California coast in December 2012. Horne pushed one of his shipmates out of the way of the oncoming vessel attack and sustained fatal injuries.

Benjamin Bottoms (WPC-1132) – Bottoms was part the Coast Guard aircrew that rescued an Army aircrew from a downed B-17 off the west coast of Greenland in 1942. Bottoms and the pilot conducted the first landing of a cutter plane on an icecap and commenced a two-day rescue over a rugged arctic terrain that required multiple flights. During the second day of rescue operations, radio contact with Bottoms’ plane was lost and he was declared missing in action.

More information on Coast Guard FRCs can be found at: https://www.dcms.uscg.mil/Our-Organization/Assistant-Commandant-for-Acquisitions-CG-9/Programs/Surface-Programs/Fast-Response-Cutters/