Vice Admiral Jody A. Breckenridge served as Commander, Coast Guard Pacific Area until her retirement from the Coast Guard in 2010. Prior to this assignment, she served as the Director, Strategic Transformation Team where she was responsible for aligning and synchronizing the efforts to transform and modernize the Coast Guard. She has also served as the Commander of the 11th Coast Guard District, overseeing Coast Guard operations in the Southwest and the Eastern Pacific. During this time, the District stepped up its interagency collaboration, leading to record drug seizures including the largest maritime interdiction in US history and the arrest of the head of the Arellano Felix Drug Cartel. 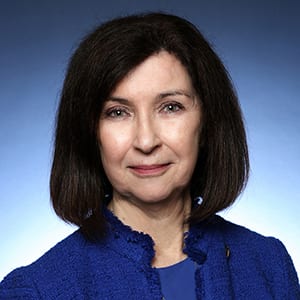 Image: Marines’ Memorial Foundation Board 2017 Board of Directors